Pray along with our community...
or submit your own to be shared on this virtual prayer wall. 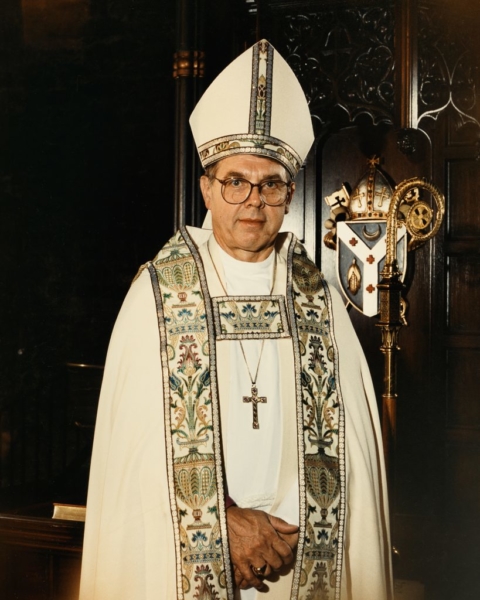 Buchanan served the Diocese of West Missouri as bishop coadjutor in 1989 and as bishop diocesan from 1990 until 1999. After his resignation, Buchanan returned to his home state of South Carolina, but in retirement served as bishop provisional of Quincy until its juncture with the Diocese of Chicago, as well as bishop provisional of Southern Virginia. He also held several offices in the House of Bishops, serving at the pleasure of several presiding bishops.

He will be buried in the next few days in a small, private, family-only ceremony. Later, a service to celebrate his life will be held, and we will share more when arrangements have been completed, as well as other information that the family asks us to share. Buchanan is survived by his wife, Peggy, two daughters, and several grandchildren. Please pray for his family and friends in their time of loss.

- JP
34
I pray that our finances can be healed so that we can be able to survive and help thers
- Ruby D
32
I need help with my Mother who is going on 85 and in a nursing home she wants to go home but she needs 24 hour care and I can't afford it. Please pray for her.
- JamesH
32
Please help me to continue praying that the Holy Spirit will intercede in My actions and in the actions of Ana; may our actions become God's blessings.
- ROB
31
I pray for guidance. To know what to do and which way to go.
- H.M.
34
I am in need of help with a security deposit for myself and special needs daughter. We are currently living in our car.
- Misty
44
Pray for Jaimie as her cancer has returned very aggressively. She needs your touch Lord and the courage to face her further treatment
- Timothy T
33
I pray for the children in Syria.
- Al
34
I pray for God’s protection for my family and I during this turbulent time.
- Ny
36