[Episcopal News Service] A group of seminarians and two faculty members at Virginia Theological Seminary in Alexandria, Virginia, have self-quarantined as a precaution against potential exposure to the coronavirus, as VTS and other Episcopal seminaries around the country develop plans to respond to the rapidly evolving outbreak.

The quarantined members of the VTS community recently had attended a Lenten series at Christ Church Georgetown in Washington, D.C., according to VTS officials. The Christ Church rector, the Rev. Timothy Cole, later was found to have the coronavirus, also known as COVID-19, prompting cancelation of worship services at the church. City health officials also advised anyone who had attended services or events at Christ Church on Feb. 24 or between Feb. 28 and March 3 to quarantine themselves for 14 days from the date of possible exposure.

“None of them are showing any symptoms of the virus currently,” VTS said on a webpage for coronavirus updates. “However, we do invite all those who are at higher risk for serious illness from COVID-19 … to stay away from the campus at this time.” 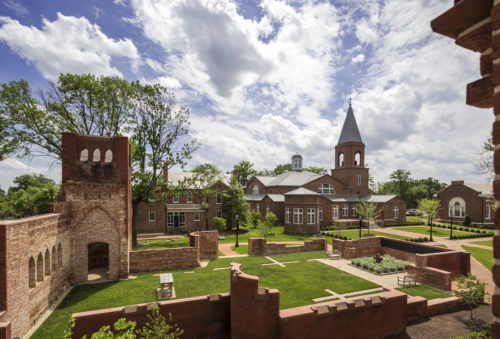 VTS also canceled its regular worship services this week at Immanuel Chapel so the facility could be thoroughly cleaned. Seminary officials hope to resume worship there after next week’s spring break. Several other Episcopal seminaries also are heading into spring break and assessing how campus life will change when students return.

Spring break begins March 12 and runs through March 22 at the University of the South and its School of Theology in Sewanee, Tennessee. Students leaving for spring break have been asked to log their travel on a registry, Laurie Saxton, a university spokeswoman, told ENS by email.

The university’s online updates have included a notice that some athletic teams’ spring break trips to the Los Angeles, California, area have been canceled, and “outreach trips” are under review but hadn’t been canceled as of March 9.

“There have not been any cases thus far on campus or in or near Sewanee, but because the situation is changing so rapidly, our response team is meeting daily and the website is updated as often as needed,” Saxton said.

And while numerous dioceses around the country are asking worshipping communities to suspend use of the common cup for communion as a temporary precaution, Sewanee had not yet taken that step, though worshippers are being advised they may decline to receive the wine, Saxton said.

A number of American colleges and universities, from Stanford University in Northern California to Harvard University in Cambridge, Massachusetts, have announced they are canceling in-person classes and will shift instruction online at a time when health risks are feared at large group gatherings. Episcopal seminaries are assessing and implementing online options as well.

Church Divinity School of the Pacific, or CDSP, in Berkeley, California, moved its classes online starting March 10, an arrangement that will continue at least through March 27, according to an online alert. The alert noted that the seminary was following the lead of the nearby University of California campus. The CDSP campus isn’t closing, and meal service will continue.

…and is intended to reduce the risk associated with the spread of the COVID-19 virus. Students, staff, and faculty should refer to the email from Dean Richardson for full details. (2/2)

Seminary of the Southwest in Austin, Texas, is developing a contingency plan in case the campus needs to shut down due to spread of the coronavirus, Eric Scott, the seminary’s communications director, said in an emailed statement.

“We have a plan in place to provide faculty members resources like Google Hangouts and Zoom meeting to allow for the hosting of classes online,” Scott said. “Much of the administrative infrastructure at the seminary is already hosted virtually, so most employees could work remotely if needed.”

COVID-19, with symptoms similar to those of influenza, had been confirmed in 109 countries as of March 10, according to the World Health Organization, which on March 11 declared the virus outbreak a global pandemic. Although much remains unknown about the virus, early indications suggest that most cases – more than 80 percent, in one study – are mild and do not require hospitalization. 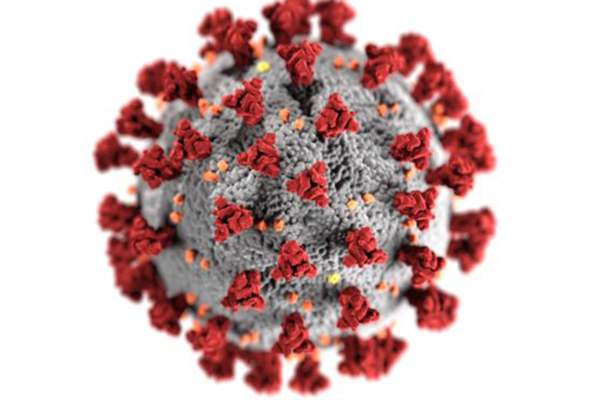 This illustration, created at the Centers for Disease Control and Prevention, reveals ultrastructural morphology exhibited by coronaviruses. The spikes that adorn the outer surface of the virus impart the look of a corona surrounding the virion, when viewed electron microscopically.

Even so, more than 110,000 cases and 4,000 deaths have been reported globally, most of them in China, though growing outbreaks in other countries have prompted escalating emergency measures to contain or slow its spread. Italy is on lockdown, with curfews, travel restrictions and other measures to minimize public interaction. German Chancellor Angela Merkel warned March 11 that up to 70 percent of Germans could contract the virus.

In the United States, the Centers for Disease Control and Prevention reported 647 confirmed cases and at least 25 deaths as of March 10. At least two of those cases involve Episcopal rectors.

In addition to Cole in Washington, D.C., the Diocese of Fort Worth announced on March 11 that the Rev. Robert Pace, rector at Trinity Episcopal Church in Fort Worth, Texas, has been hospitalized with the virus. Services at Trinity Episcopal Church have been canceled, and health officials are assessing the potential exposure to 45 people who attended a March 4 Lenten program at which Pace spoke. Cole and Pace both attended the mid-February conference of the Consortium of Endowed Episcopal Parishes, or CEEP, in Louisville, Kentucky, though no evidence has been released so far to suggest they contracted the virus at the conference.

With no vaccine yet to check the spread of the disease, people infected or exposed to possible infection have been asked to self-quarantine until the risk of further transmission has passed, usually after two weeks.

At VTS, students who need to self-quarantine are invited to do so in their residence halls or apartments, and seminary leaders are developing plans to accommodate any students who may contract the virus, possibly by setting aside a large, empty faculty home for them while they are recovering.

As of today, at the recommendation of CDC and the Alexandria Health Department, VTS is moving all classes online — and chapel worship has been cancelled until after Spring Break. For more info, please click on the link below: https://t.co/YHXS5a0XBV pic.twitter.com/c944EjdOji

VTS also began March 11 holding all its classes online to discourage large group gatherings. A decision will be made after next week’s spring break on whether to continue that arrangement, communications director Curtis Prather told ENS.

General Theological Seminary, or GTS, in New York is in the middle of its spring break and considering its next steps for when seminarians return. Gov. Andrew Cuomo on March 10 ordered a “containment area” north of the city in New Rochelle because of an outbreak there. On March 11, the number of confirmed coronavirus cases statewide rose to more than 190, including 46 in New York City, according to The New York Times.

So far, GTS has followed the Diocese of New York’s lead in advising individuals to take practical steps to prevent the spread of the coronavirus, such as refraining from intinction, dipping the bread in the wine, at communion during worship services.

“While there is palpable anxiety around New York City, given the recent outbreak in the boroughs, we are doing everything possible to communicate the importance of hygiene by signage and email,” Joshua Bruner, the seminary’s communications director, told ENS on March 10. “And we have added hand sanitizing stations throughout the close. Anyone who feels ill should stay home and seek medical attention.”