‘The soul of our country’: A conversation with the presiding bishop on his Lenten call for prayer and fasting

But there’s also an invitation from Curry to join him and a group of other Christian leaders in weekly fasting on behalf of the United States as it grapples with “violence, discord, and confusion,” in the words of the Prayer for Our Nation found in the Book of Common Prayer, which Curry invokes in his message. 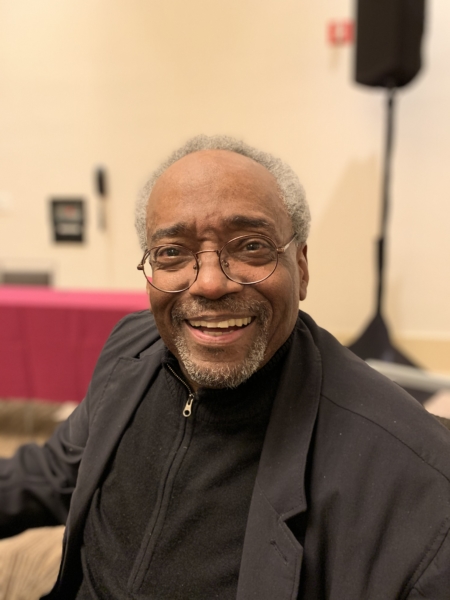 Curry and the same group of diverse leaders from evangelical, mainline Protestant and Catholic churches released the “Reclaiming Jesus” statement in 2018. This year, in light of what they see as a worsening political and cultural crisis in the U.S., those leaders are committing to fast every Wednesday from Ash Wednesday (Feb. 26) until Advent.

But why fasting? And why now? Episcopal News Service sat down with Curry at the Executive Council meeting in Salt Lake City, Utah, on Feb. 15 to talk about what led to this statement and invitation. The conversation below has been edited and condensed for clarity.

ENS: Many people today have come to see fasting as a sort of archaic form of self-punishment. What does fasting mean to you?

There are a lot of ways that people can fast. Abstinence, giving up something, is a modified form of fasting. Some people fast by giving up food – but you drink water, no matter what – until sunset, and then there’s just the 24-hour fast.

Part of fasting is a spiritual practice that, when I’ve done it, makes me realize how dependent I am on the habits that I have. We need food to live – that’s not the question. I’m more dependent on the excess that is beyond what is necessary for living. I have a feeling I’m not alone in that! So it is not punishment; it’s just kind of a calling back to what is essential, both biologically and spiritually. What do you really need to live? And that is quite liberating.

ENS: What does it mean to fast in the context of prayer and repentance? How does fasting connect with the political situation in the U.S. right now?

We are in a desperate situation right now when we are often failing to learn how to live together with difference. And this has nothing to do with partisan politics. This is bigger than that. Democracy depends on the human capacity for relationship. If those relationships aren’t there on some fundamental level, the very fabric of the democracy’s not going to hold. That is a house divided against itself. And Jesus said it before Lincoln quoted it: “A house divided against itself will not stand.” And that is not about where you stand on issues. That’s deeper. That is a deeper spiritual, relational reality. How do you get a toehold on that? That is a spiritual issue, and it’s going to take some spiritual engagement.

When I was in conversation with some of the other [Reclaiming Jesus] leaders, I said, “Let’s do this even if we don’t get a big following. Let’s do it anyway.” Especially about the fasting part. The people who were in that group are Republicans and Democrats and independents. I mean, it’s a mix. And there’s a lot of stuff we don’t agree on. But we’re all Christian and we’re clear about that. Where we agreed was that our nation is in spiritual trouble. So we have to claim spiritual resources that help us engage that. It doesn’t solve everything, but it’s a first step. Fasting is in the biblical tradition – not just in the Christian tradition but other traditions as well. It goes back to Judaism, to be sure, but it’s in other religions – prayer and fasting in times of real and great peril, where divisions are deep. Gandhi sometimes fasted to stop violence between Hindus and Muslims. It didn’t always work, but sometimes it did.

There’s something about the fast where you put more of yourself out there than just talking to God about it. I can’t do everything, but this is a little something I can do. And it’s a reminder to me of how serious this is. I don’t think I’ve ever before prayed and fasted during Lent with a particular intention in mind before. But I’ve always done it as a spiritual practice. I grew up doing that.

ENS: It’s typically thought of as an inward practice, but you’re saying it can lead to an outward change, right?

Yes. When the group was talking, people kept looking for solutions. We didn’t have any. What do we do in this situation? And so part of fasting is a cleansing – biologically, too – but then there’s a cleansing to open us up to hear the Spirit. How do we help each other through this? And I don’t have those answers, but I believe in a God who does.

ENS: Is this the first time the Reclaiming Jesus group has made a specific invitation for prayer and fasting for national unity?

Yes, it was really specific. I think the last time we did it, it was a more general thing. This time, our nation is in peril. I’ve not seen it like this. And this is not about the president. This is not about the Democrats. Something is fundamentally wrong. We need God. God’s not gonna do it for us, but God will do it with us. And this is one profound way – a fast day a week throughout Lent, for example, or for the rest of the liturgical year – to actually pray for this country.

In the U.S., we pretty much live in areas where people are like us or think like us. Some of that is racial, but it’s bigger than that. America has resegregated in a new form: people who agree with me. There’s no real conversation. There’s no relationship going on. Even the sources of information that we get are segregated. That means you don’t have the capacity to recognize where you have differences and where you have common ground.

So that’s why, I mean, I’m almost pleading with Episcopalians – get on your knees. And if your knees can’t take it, if you just had a knee replacement, get on a metaphorical knee and pray. And if you’re not the kind of person who’s comfortable praying off the cuff, that’s why I took a prayer right out of the prayer book. There are some good prayers in there! God’s not looking for you to put on a show. He just wants you to pray. Take this Lent and really pray for the soul of our country. Not that we will be greater than anybody else – pray for the soul of our country.

The post ‘The soul of our country’: A conversation with the presiding bishop on his Lenten call for prayer and fasting appeared first on Episcopal News Service.