[Episcopal News Service – Linthicum Heights, Maryland] In addition to working towards a draft proposed 2016-2018 budget, the Episcopal Church’s Executive Council Oct. 27 approved resolutions on a number of social issues facing the church and the world.

Prompted by the work of its Joint Standing Committees on Advocacy and Networking (A&N) and Local Mission and Ministry (LMM), council went on record as:

A&N and LMM members met together Oct. 25 for most of the day to have a discussion about race, racism and racial justice in the church and in the world, and what the church might do to continue to combat racism. The discussion also included Episcopal Church Missioner for Social Justice and Advocacy Engagement Charles Allen Wynder, Jr., Episcopal Church Missioner for Racial Reconciliation Heidi Kim and Navita Jones, chair of council’s Committee on Anti-Racism.

A&N Chair Lelanda Lee told the rest of council that the conversation arose in part because of a desire to have a meaningful exploration that was more than a “frustratingly short and superficial brush” with the subject.

“We all need to do this work [of meaningful conversations], every single one of us for our salvation and for the salvation of our beloved community,” Lee said.

Acting on its own, A&N also put forward resolutions which council approved on: 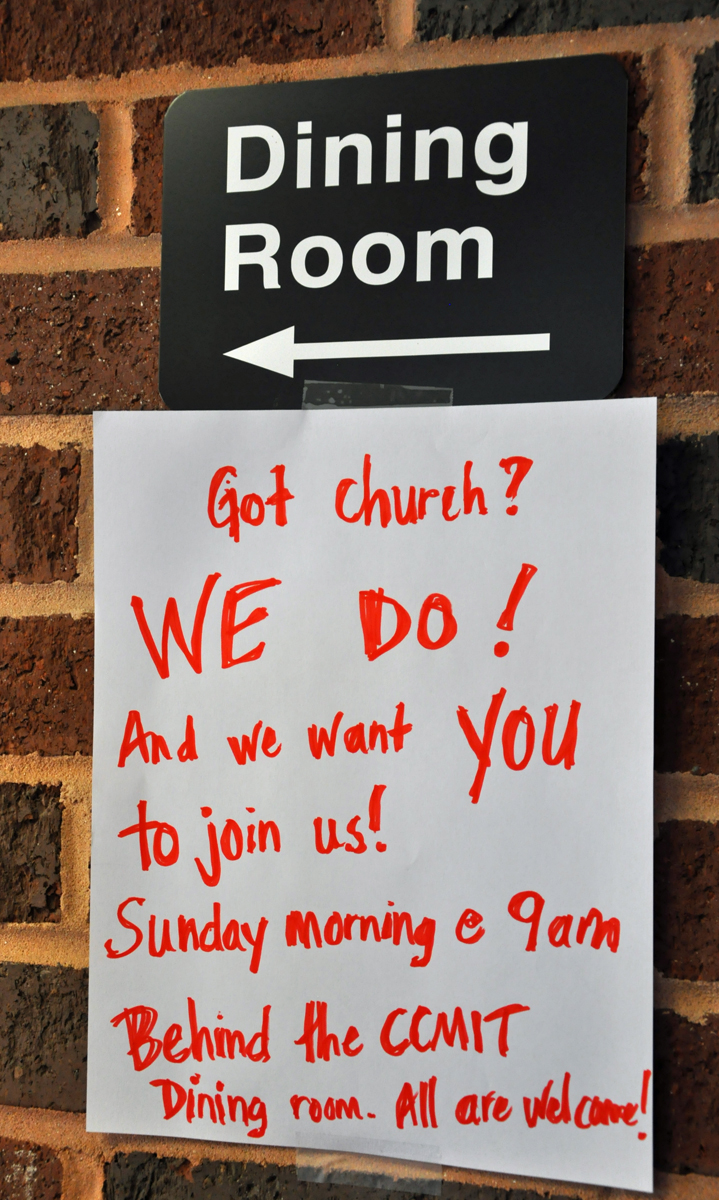 The Executive Council celebrated Eucharist the morning of Oct. 26 during its meeting at the Maritime Institute Conference Center in Linthicum Heights, Maryland. The center hosts many other conferences, along with sailors taking specialized training, and council member the Rev. Dahn Gandell posted a number of flyers inviting them and center staff to that Eucharist. Photo: Mary Frances Schjonberg/Episcopal News Service

Council members also passed an A&N resolution about the losses suffered by both Palestinians and Israelis as a result of the 2014 Gaza War and, among other things, requesting that council’s Economic Justice Loan Committee consider supplementing its 2013 investment in the Palestinian Territories and to challenge dioceses to make similar investments.

The council also said it stands in prayer “with our sisters and brothers in Liberia, the Church of the Province of West Africa, and all countries where this virus [Ebola] threatens human health and societal structures and has claimed the lives of thousands.” The resolution applauds the work of the Episcopal Church in Liberia, that country’s religious community, grassroots organizations, and individuals, including Liberian clergy, and all organizations and individuals that have “raised hope, awareness, and materials and funds.” The resolution challenged the world faith communities to encourage a more aggressive and generous response to the challenges of the Ebola epidemic.

Finally, the resolution, that originated in council’s Joint Standing Committee on World Mission, “commend[s] the souls of those who have died into God’s loving care and pray for those who mourn,” and says council members “live in hope of the day we will celebrate the good news that this virus has been contained and we can cheer our sisters and brothers on as they rebuild their lives and their country.”

In other action
Also during the final plenary session, council: 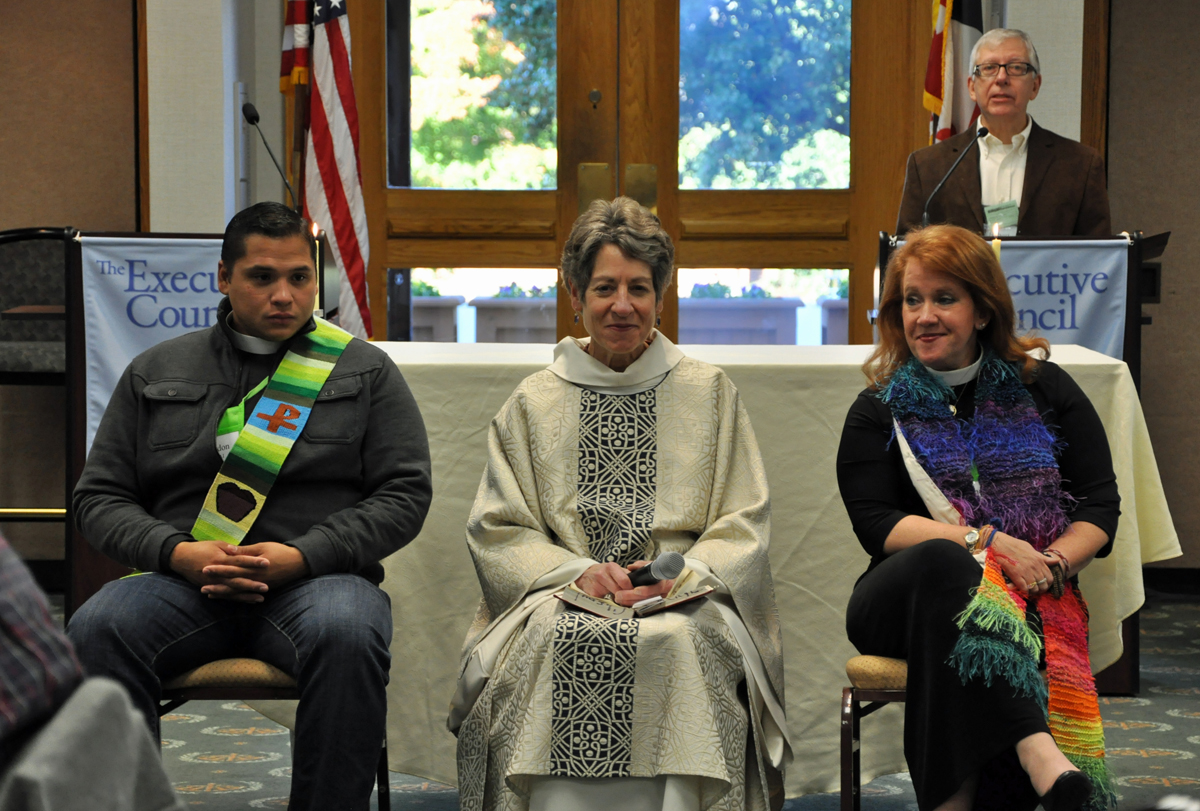 Steve Hutchinson, chair of council’s Joint Standing Committee on Governance and Administration for Mission which had proposed the resolution, said it was prompted by concern on the part of some that from what TREC has said thus far, “I know this sounds judgmental but it … does not reflect a really comprehensive understanding of what Executive Council does and how we operate, the scope and breadth and depth of our responsibility.”

The Rev. Brian Baker, GAM member, said part of the intent of the proposed resolution was a sense that council should “have a voice in the conversation” about TREC’s work. The Rev. Nathaniel Pierce, another council member, said he was prompted to suggest the resolution because of a “very specific proposal that is on the table now” from TREC to reduce the size of council and the way provincial representatives are elected.

In the end, council referred the resolution to its executive committee to consider a process to use at the January 2015 meeting and possibly beyond for council to consider any response it might want to make to the TREC report.

Summaries of the resolutions council passed at this meeting are here.

Previous ENS coverage from this meeting is here.

The Executive Council carries out the programs and policies adopted by the General Convention, according to Canon I.4 (1)(a). The council is composed of 38 members, 20 of whom (four bishops, four priests or deacons and 12 lay people) are elected by General Convention and 18 (one clergy and one lay) by the nine provincial synods for six-year terms – plus the presiding bishop and the president of the House of Deputies.

– The Rev. Mary Frances Schjonberg is an editor and reporter for the Episcopal News Service.