Scroll down for information on each missionary.

“I’m thankful to God that the resources of the Missionary Society of the Episcopal Church in Connecticut can once again be used to support missionaries in our state,” said the Rt. Rev. Ian T. Douglas, bishop diocesan. “We are in a new missionary era. I’m delighted that these six missionaries will assist us in greater collaboration and participation in God’s mission.”Their hiring fulfills the promise made at the Annual Convention in

Their hiring fulfills the promise made at the Annual Convention in 2015, when clergy and lay delegates voted to reorganize and restructure the diocese. The plan included a change from 14 deaneries to six regions, region missionaries for each region, increased recognition and support for grassroots “Ministry Networks,” and a change from an Executive Council to a Mission Council, whose members would be selected from regions as well as elected from ministry networks.While each Region is unique, each Region Missionary’s core task is the same: “To challenge the Episcopal parishes and worshiping communities to expand their reach into local neighborhoods by collaboration with potential community partners — from other faith-based institutions to social service organizations to government agencies.”

While each region is unique, each region missionary’s core task is the same: “To challenge the Episcopal parishes and worshiping communities to expand their reach into local neighborhoods by collaboration with potential community partners — from other faith-based institutions to social service organizations to government agencies.””We’re called to listen to Jesus as disciples and spread the Good News as apostles,” said the Rt. Rev. Laura J. Ahrens, Bishop Suffragan. “We pray that our new missionaries will be another opportunity for us to put our shared vocation into action as followers of Jesus, intent on transforming the world even as we are transformed.”

“We’re called to listen to Jesus as disciples and spread the Good News as apostles,” said the Rt. Rev. Laura J. Ahrens, bishop suffragan. “We pray that our new missionaries will be another opportunity for us to put our shared vocation into action as followers of Jesus, intent on transforming the world even as we are transformed.”Last spring and summer, each Region Convocation selected and commissioned lay and ordained leaders to serve on its Region Recruitment Team. Beginning last fall, these teams helped craft the job descriptions and, early in the new year, vetted the nearly three dozen candidates in

Last spring and summer, each region convocation selected and commissioned lay and ordained leaders to serve on its region recruitment team. Beginning last fall, these teams helped craft the job descriptions and, early in the new year, vetted the nearly three dozen candidates in a first round of interviews. Additional rounds of interviews followed, completed by the bishops and ECCT senior staff and human resources personnel. By early May, the six region Missionaries were hired.

The region missionaries begin work on June 6. They will spend the summer and the rest of 2017 focusing on the region — its people, parishes, worshiping communities, and variety of contexts and cultures — while meeting regularly as a team for mutual prayer, team-building, learning, and sharing.

“‘Traveling lightly together and following Jesus into the neighborhood’ sums up our hope for how these new missionaries will inspire and lead us,” said the Rev. Tim Hodapp, canon for mission collaboration.

Referring to the 2015 governance and restructuring proposal from the Taskforce for Reimagining the Episcopal Church in Connecticut (TREC-CT), Canon Hodapp added, “They’re not tasked to accomplish the work charged by TREC-CT — namely, to collaborate, convene, connect, and build capabilities — solely on their own.

“Rather, our region missionaries will assist all of us in discovering new ways to join together across parishes and engage more deeply in what God’s doing in our neighborhoods.” 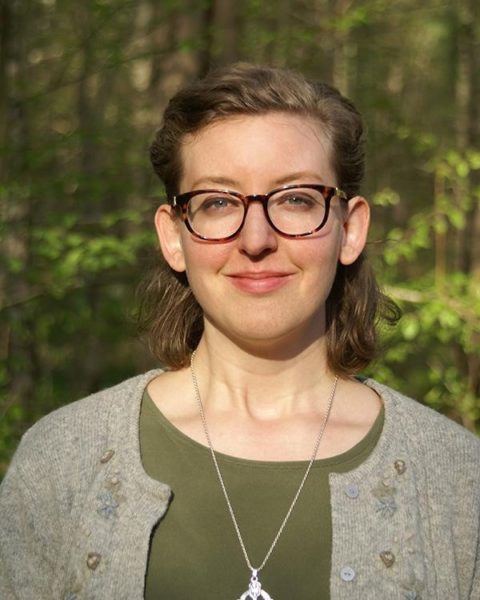 Northeast Region: Maggie Breen
Statement: I am excited and blessed to have the opportunity to serve as the NE Regional Missionary. I am looking forward to joining with all of your efforts to spread the love of Jesus throughout our communities; together we can bring about great things. I can’t wait to start!

Bio: I’ve been involved in the Episcopal Church since the cradle, though my relationship with God has blossomed in the past nine years or so as my commitment to Him and my home parish, St. Paul’s Windham Center, has deepened. I live on a tiny farm in Chaplin with my husband Michael, our dog Shirley, and a small flock of sheep – three Shetland ewes and a Gulf Coast Native ram. I received my bachelor’s degree in music education and deeply enjoy my time spent in performance and rehearsal; my husband and I both perform in the Windham Concert Band and the ECSU Concert band, and I am a member of Take Note! an a capella singing group. My past work experiences have found me in such settings as public schools, hospitals and financial institutions. In the time reserved for leisure activities, I enjoy cooking, knitting, reading and walking. I’m excited about starting this new chapter with ECCT.

North Central Region: Erin Flinn
Statement: I’m thrilled to be joining the ECCT Regional Missionary team, and am looking forward to collaborating with a team to imagine a new way of living out God’s mission in Connecticut by connecting worshiping communities to each other and beyond.

Bio: I will be graduating from Yale Divinity School with a Master of Divinity this May. Over the past three years, I have been immersed in Anglican studies and college chaplaincy. Most recently I was the Program Director for the Episcopal Church at Yale. Prior to seminary, I worked in university administration at Northwestern University, but my background is in theater production and I worked for the Lyric Opera of Chicago as the Assistant Lighting Designer for four years. I am originally from New Hampshire, and I am delighted to be remaining in New England, and settling into the North Central Region with my husband and our giant Newfoundland dog. I am especially passionate about ministry that looks outward and is open to all people, young adult ministry, and fishing. 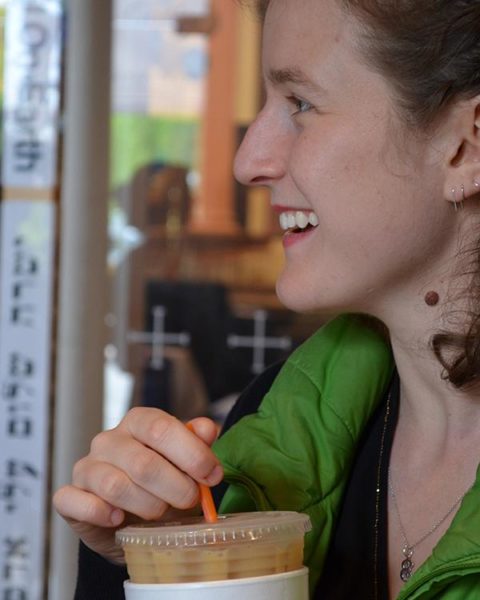 Northwest Region: Eliza Marth
Statement: I am thrilled to be serving the beautiful Northwest Region! If the Region is the Body of Christ, as Region Missionary I hope to strengthen the circulatory system so that with connection and collaboration, we may maximize participation in God’s mission.

Bio: I hail from the magnificent mountains of North Carolina by way of the Chicago area. I graduated from Carolina State University with a BA in sociology and was heavily involved in the Episcopal Campus Ministry there. I then worked for two years with the unemployed and homeless in Washington, D.C. followed by a year spent on small-scale, diversified vegetable and livestock farms. The last two years I’ve lived and worked in Boston with an Episcopal Service Corps program called Life Together. At St. Paul’s, Brookline Mass. I have supported lay leadership, enhanced communication systems, and fallen deeper in love with my Episcopal community. I was born into the Episcopal Church, so it is with deep joy that I come to Connecticut to continue serving my community in this new role. In my free time, I love spending time with friends, cooking rich foods, and writing in my journal. 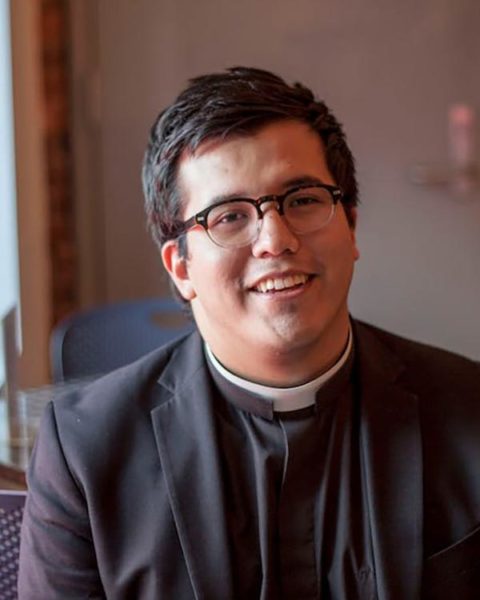 Southwest Region: The Rev. Carlos de la Torre
Statement: I’m excited to work together on collaborative projects and initiatives in the Southwest Region. The wealth of knowledge and resources are abundant in our region but so are the challenges. I look forward to gathering as a body to further engage God’s mission and continue to serve God and God’s people in our parishes, our region, and the world.

Bio: I am a priest in the Episcopal Church in Connecticut. A native of Peru, I was raised in Westchester County, N.Y. In 2012, I graduated from Manhattanville College, Purchase, N.Y, where I majored in philosophy and world religions. That same year, I began a master’s program at Virginia Seminary, Alexandria, VA. In 2015, I graduated from Virginia Seminary and was ordained a priest on the Feast of the Presentation of Blessed Virgin Mary. I have worked with parishes and community agencies in Yonkers, N.Y; Houston, TX; Alexandria, VA; Washington D.C; and in Stamford and New Haven, CT. Currently, I serve as a missional curate in ECCT working with parishes, agencies, and community members to engage God’s mission in new and creative ways. 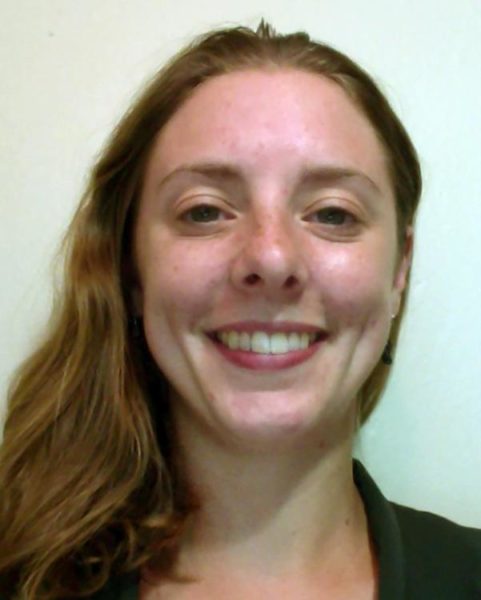 South Central Region: The Rev. Rachel Field
Statement: I am delighted to return to the South Central region of Connecticut to support and encourage the ways in which you are listening for and following God’s mission of love for the world.

Bio: I am first and foremost a beloved child of God, as are you. I was working as a research biologist and environmental educator on the Eastern Shore of Maryland before pursuing ordination and attending Yale Divinity School (class of 2016). In this current time of ecological crisis I am moved by the invitation of Jesus to “love your neighbor” and to imagine how our liturgy can further incorporate Creation as our beloved neighbor. When I am not spending time in or around churches can be found hiking with my energetic dog Frodo, birding, gardening, playing my Appalachian dulcimer, or baking (anything involving chocolate). 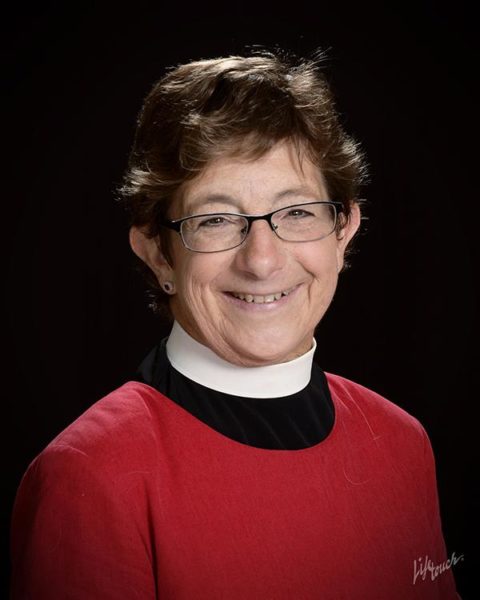 Southeast Region: The Rev. Rachel Thomas
Statement: I am honored to be serving as the new SE Region Missionary. I love this region. I know God’s mission is too big for any one of us, and have found great joy in sharing it with others.

Bio: Seeking God and God’s path for my life has led me from Georgia to Connecticut; from being a Methodist to becoming an Episcopalian; from recreational ministry to campus ministry, to parish ministry and interim ministry. Along the way, I received three different graduate degrees and was ordained to the priesthood (in 1991). God’s continual creating Spirit always amazes and humbles me. My husband Eric is a dermatologist with a practice in Middletown. A gift to me, as I love beaches and sitting in the sun. I also enjoy swimming, cycling, and walking our Brittany Spaniel, Coleman. Whenever we can, we see Eric’s three grown children and three grandchildren, who live in Manhattan, Brooklyn (NY) and Southington, CT. Eric and I live in Deep River.