[Episcopal News Service] Margaret Morgan Lawrence, a longtime lay champion of The Episcopal Church’s peace and reconciliation work, particularly through her advocacy on behalf of the Episcopal Peace Fellowship, died Dec. 4 at age 105. 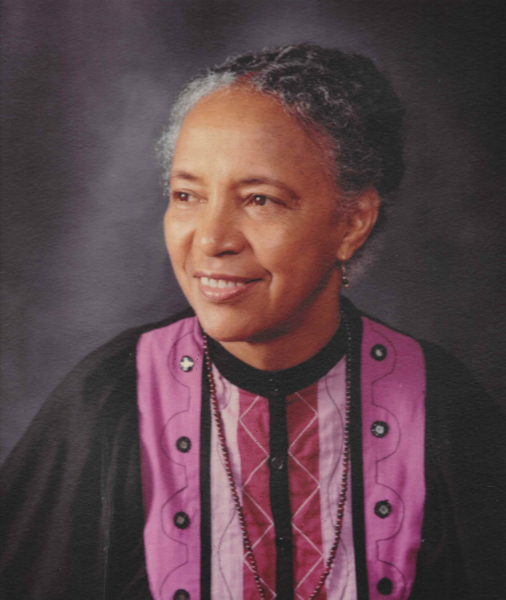 Margaret Morgan Lawrence is seen in an undated family photo.

Lawrence was born in 1914 in New York City but grew up in Mississippi and spent much of her life resisting and triumphing over barriers based on racial and sexual discrimination. Her father was an Episcopal priest and her mother a teacher, and in 1932 she received a scholarship from the National Council of the Episcopal Church to attend Cornell University in Ithaca, New York, where she was the only black undergraduate student at the time, according to a family obituary.

She later earned her medical degree from Columbia University on her way to a long career as a doctor specializing in child psychiatry in Rockland County, New York. While attending Columbia, she met and married Charles Lawrence, who later served as president of The Episcopal Church’s House of Deputies, from 1976 to 1985.

In 2003, the Episcopal Peace Fellowship honored Margaret Lawrence with its Sayre Award for her contributions to the organization and “her journey as a peacemaker and a speaker for justice,” Janet Chisholm, president of the organization’s executive board, said at the time.

“She has struggled against racism and sexism to be the accomplished child psychiatrist that she is,” Chisholm said, while also noting Lawrence’s participation in peace pilgrimages in England during the Anglican Communion’s Lambeth Conference of bishops, held about every 10 years.

Lawrence also was a prominent lay leader in the Diocese of New York. Her papers, along with those of her late husband, have been donated to the Archives of The Episcopal Church.

“Along with the leadership they brought to the wider Episcopal Church, Charles and Margaret Lawrence were giants in the history of the Diocese of New York for over half a century,” New York Bishop Andrew Dietsche said in a written statement. “They were pivotal in the leadership which this diocese brought in the raising up of church leaders among men and women of African descent, and in the rise of women to the top tiers of the church.”

Lawrence is survived by her three children. The family is planning a memorial service for next year at Emmanuel Church in Boston.