Priest accused of child pornography possession will remain in jail

[Episcopal News Service] A Diocese of Western Massachusetts priest who was arrested and charged with possessing child pornography earlier this month will remain in jail as his case works its way through the federal court system. 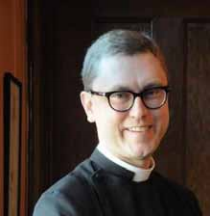 The Rev. Gregory Lisby, appearing in a Worcester, Massachusetts, courtroom on Sept. 25, waived his right to a preliminary hearing and did not seek to be released from prison. Lisby has not yet entered a plea in the case.