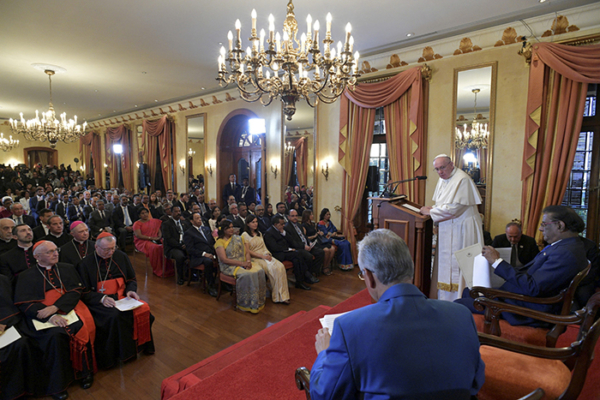 [Anglican Communion News Service] The visit of Pope Francis to Mauritius on Sept. 9 brought fresh energy and confidence to Christians in the country, according to the Bishop of Mauritius, Ian Earnest, who leaves this month to take up his new role as director of the Anglican Centre in Rome.

Former Primate of the Anglican Church of the Indian Ocean, Archbishop Ian Ernest attended the Mass at the Mary, Queen of Peace Monument at which the Pope presided during his day-long visit to the island. The archbishop said the timing of the Pope’s visit, just weeks before he begins his new role in Rome, made him think about how God works. “It was a great opportunity to meet with him, to be part of this eucharistic celebration at which he presided in front of 100,000 people with the authorities of the country.”

The post Papal embrace for new director of the Anglican Centre in Rome during Mauritius visit appeared first on Episcopal News Service.