The Diocese of Mississippi and the Racial Reconciliation Task Force responded to a request by the Mississippi Civil Rights Museum and the Medgar and Myrlie Evers Institute that Evers be memorialized by the bell tolling across Mississippi. Churches were asked to toll the bell 55 times, one toll for each year that has passed since Evers was shot and killed getting out of his car at his Jackson home. 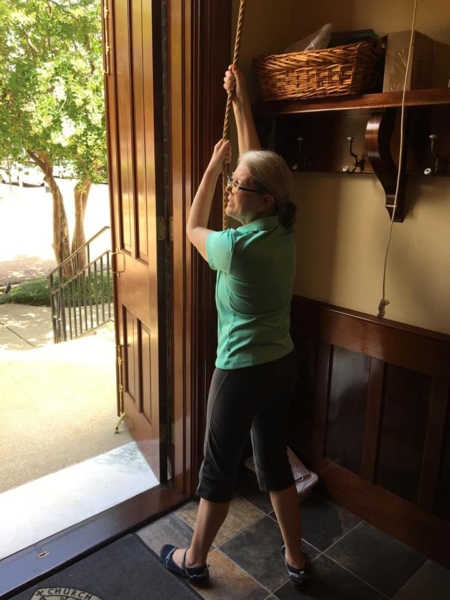 Evers died June 12, 1963, when he was assassinated by Byron De La Beckwith, a white supremacist and Klansman, who was tried three times before conviction in 1994. Beckwith died in prison in 2001.

Anita Parrott George, the chair of the Racial Reconciliation Task Force in the Diocese of Mississippi, and a member of the Episcopal Church Executive Council, said that those gathered at a recent conference the Gray Center in Mississippi came out of the event with a call to remember Medgar Evers on the day of his death by the bell tolling.

George helped assemble the late-May conference in Canton, which was called “55 Years Later: Becoming the Beloved Community.” The event is one of several sponsored by the task force.  This year the conference featured six speakers from across the nation including two presenters from the Episcopal Church Center, Heidi Kim and Chuck Wynder.  Both Kim and Wynder work in racial reconciliation and as social justice officers for the Episcopal Church.

“The task force believes that the first step in becoming the beloved community is to know its history and the stories of its people,” said George prior to the conference.

The Rt. Rev. Brian R. Seage, bishop of Mississippi attended the two-day conference.  As he remembered the slaying of Medgar Evers, the bishop said, “The Episcopal Church in Mississippi strives to live into the baptismal covenant by continuing the important work of racial reconciliation.  Our task force for racial reconciliation is blessed with strong leadership and devoted membership. The mission of the task force follows the baptismal promise ‘to strive for justice and peace among all people, and respect the dignity of every human being.’”

-The Rev. Scott Lenoir is the editor of The Mississippi Episcopalian.