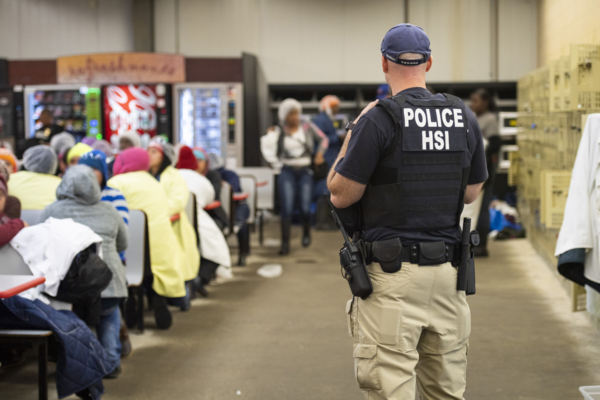 [Episcopal News Service] Almost four months after 680 people were arrested in the United States’ largest immigration raid in at least a decade, churches in central Mississippi are still caring for families who were separated when their loved ones were detained.

In the aftermath of the Aug. 7 Immigration and Customs Enforcement raids, Mississippi Bishop Brian Seage joined other religious leaders in condemning the tactics of ICE and the Trump administration, saying the raids caused “unacceptable suffering” to families with children in particular.

The raids took place at seven chicken processing plants in towns around Jackson – the state capital – such as Morton, where about 10 percent of the town was detained or fired as a result. According to the Associated Press, six of those seven plants were “willfully and unlawfully” employing undocumented workers, and managers at two of the plants were actively involved in fraud.

Months later, some of those who were arrested in the raids are still detained, some may have been deported and many are in limbo, unable to work as they await court dates, according to the Rev. Cathy Halford, a deacon at St. Columb’s Episcopal Church in Ridgeland, near some of the towns that experienced raids.

“Families have lost not only family members – detention or possibly deported – but paychecks,” Halford told Episcopal News Service. “This situation is going to be long term. As you probably know, court dates may be six to 12 months in the future.”

In response, Episcopalians are partnering with other denominations to support those families. Five churches – including two Episcopal parishes – have led a sustained effort to help the affected families, Halford said.

Initially, legal assistance was the resource they needed most. But now, with wage-earning parents either detained or unable to work, many of those families simply need food to put on the table. In Canton, one of the towns targeted by the raids, those families can go to a centralized pantry at Sacred Heart Catholic Church that is stocked with contributions of food, diapers and other supplies from area congregations.

“The effort has been very ecumenical, and I think that’s a good thing,” said the Rev. Beth Foose, rector of Grace Episcopal Church in Canton. It helped that there was a preexisting relationship between the Episcopal and Catholic churches. Grace had held Good Friday services and Stations of the Cross together with Sacred Heart, which helped solidify its relationship with the Latino community. And Foose herself has been teaching English as a second language classes for almost six years.

Other churches have launched their own efforts, like the Morton United Methodist Church, which has collected over $100,000 to pay bills for people affected by the raid, NPR reported, and a Presbyterian church is collecting Christmas presents for the children.

Foose told ENS she has been collecting and distributing phone cards for detainees so they can talk to their families.

“We’ve also helped with transportation, getting family to appointments with lawyers and things like that,” Foose said.

Halford told ENS she worries about the conditions the detainees are being held in. “This just makes me sick to think about. We have two private prisons in Mississippi and one was about to close. In fact, it did close because the conditions were so deplorable. And guess what? That’s where ICE sent a lot of the detainees.”

Foose acknowledged how difficult the situation is for everyone and stressed that the ICE agents themselves should not be demonized.

“I’ve had quite a few interactions with ICE for various reasons. And I just want to say that to a person, they have been helpful and kind. The inclination sometimes is to want to make them the bad guys, and they’re not. This is a systemic problem, and they are really trying to feed their families,” Foose said.

Halford and Foose said the initial outpouring of support and donations was very helpful, but it could be a challenge to maintain the level of support they’re currently providing. Halford is putting together a grant proposal that could help keep the effort going.

“Something like this comes up and people say, ‘Oh, how can we help?’ And then something else happens, and they move on to something else,” Halford said. “And that’s just the way it is.”