How the new tax laws could affect Episcopal charitable giving 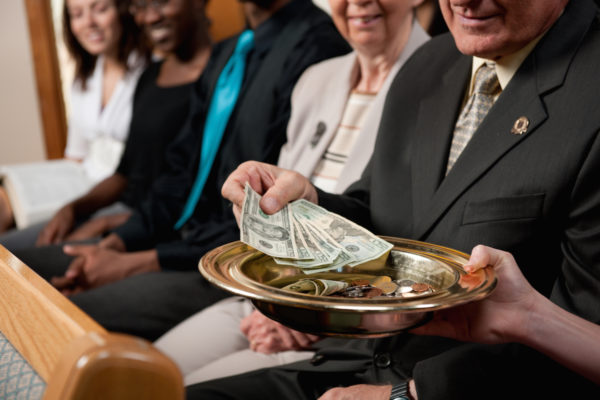 Donations come in all forms, starting with what church members place in the offering plate during services. Photo: Getty Images

[Episcopal News Service] “Oh, you can deduct it.”

That saying has reverberated across clothing donation boxes at the Salvation Army to the checks we write to our favorite social causes for the last century. While we give because God calls us to, it doesn’t hurt when there are tax benefits as well.

Charitable giving has long been something we can itemize as a deduction on our annual personal income taxes, a civic duty established in 1913.

The principle may no longer hold true — for all but the wealthiest of Americans, at least.

The Tax Cuts and Jobs Act passed by Congress in December nearly doubles the standard deduction to $12,000 for individuals and $24,000 for married couples when they file their 2018 taxes. That could simplify the filing process and benefit many low- and middle-income families, but it will complicate the giving strategies for filers who typically deduct their charitable donations.

Episcopalians involved in fundraising and nonprofit organizations have mixed opinions about what the fallout will be, if any. 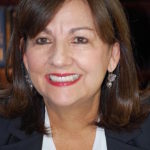 “We fundraisers are very concerned about the new tax laws, as every indication is that nonprofit organizations will be more dependent on the wealthy than ever before,” said Tara Holley, director of development for the Episcopal Church. “We are counting on and dependent on an enlightened 10 percent, as they hold 76 percent of the wealth in our nation.”

But there are always ways to navigate tax laws, and giving habits aren’t cut and dry.

Rick Felton is not so worried. He’s the executive director of the Episcopal Network of Stewardship, a network of leaders, churches and dioceses devoted to building healthier giving cultures for greater ministry impact.

“Being able to deduct is just a little gravy on top of giving to something you support. There’s just a little less gravy now. I don’t think giving will be affected by the tax law,” Felton said. 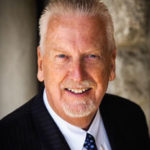 The standard deduction, the amount taxpayers can subtract from their taxable income instead of listing or itemizing deductions on their tax returns, was created to simplify taxes.

Will the law help or hurt Episcopal Church ministries?

Jim Murphy, director of endowment management, planned giving and donor solutions at the Episcopal Church Foundation, doesn’t think parishes or Episcopal charities will be affected much either way.

Murphy expects most lower- and middle-income people to continue to give at their near-previous levels because tax deductibility is a minor issue for most who give to religious institutions and causes. “Some higher-income people may actually give more over time as more income may be available for giving and not paid in taxes,” Murphy said.

Jim Loduha, senior director of development and giving at All Saints Church in Pasadena, California, disagrees. “Charitable giving is going to go down. The question is how much,” Loduha said.

Despite altruism being a hallmark of the religious-giving culture, the predicted 25-percent drop in itemizing taxpayers could mean charitable giving will decline by nearly $13 billion annually, as millions of taxpayers will see no tax benefit for their generous contributions in 2018, he wrote in a Dec. 19 letter to the congregation. Loduha cited research published in May 2017 by the Indiana University Lilly Family School of Philanthropy.

“Beyond the financial impact that will have on organizations, an estimated 250,000 nonprofit jobs may be at risk, which drastically reduces the capacity those organizations have to carry out their mission to their communities,” he told Episcopal News Service. “All Saints Church is not immune from this, and pledgers at every level will be impacted.”

Giving based on income bracket

Loduha agreed with Murphy that major donors will probably still itemize their gifts, and they’ll save more money on their taxes, so there’s an opportunity to increase their giving.

The real challenge is for the mid-range gifts of $1,000 to $10,000, Loduha said. Most donors in that range did have the incentive, in part, of a tax benefit before the new tax law. And now they won’t, he said.

“I’m a single mother, and my taxes are going up. That won’t change what I give to my church. It’s still my discipline. It will mean reorganizing things, sure,” Craig said.

Gifts from high net-worth folks are almost always combined with some tax plan anyway, said Jim Simon, who sits on the boards of several nonprofit organizations and is chairman of the stewardship and finance committee at his parish, Church of Our Savior in Akron, Ohio. He also will chair the House of Deputies Legislative Committee on Constitution and Canons at General Convention.

“That’s a fact of life when you’re dealing with high net-worth individuals. There’s generally some review of tax considerations for giving. That existed before this tax law. That’s going to exist after this tax law,” Simon said. “I don’t think this is going to affect what’s put in the plates on Sundays.”

Besides doing the fundraising for the Chicago diocesan episcopacy and offices, Craig also teaches congregations about stewardships, planned and annual giving, as well as capital campaigns.

She’s heard the concerns of parishioners, but isn’t worried about a significant drop in giving overall. “Changes in the tax code don’t change the gift itself, just the timing,” Craig said.

Some organizations saw a giving uptick in December, more so than the usual end-of-year boon.

Loduha saw a 40 percent increase in year-end giving at his Pasadena church, in part because some people wanted to maximize their 2017 tax benefit ahead of the coming changes. Loduha suggested in his letter to the Pasadena parish that those who typically itemize deductions “accelerate” their contributions by 2017’s end to get a larger income tax deduction. Some people pre-paid a part, or all, of their 2018 donation to get the maximum tax benefit over the two years. 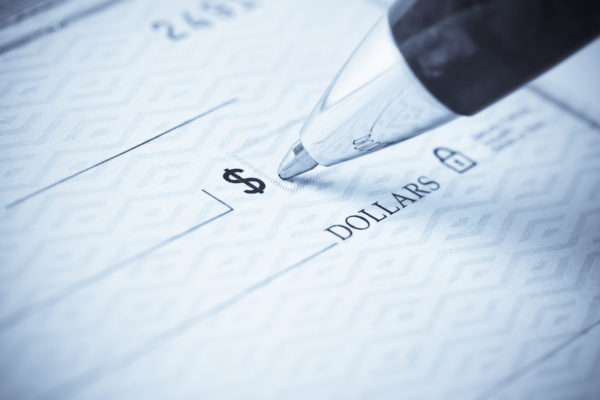 There are so many more ways to give than writing a check. Photo: Getty Images

Murphy noticed an uptick at the end of 2017 too. It came in a spike at year’s end for gifts of cash and securities to create life-income gifts like charitable gift annuities, as well as gifts to endowment accounts which the foundation manages for parishes, dioceses and other Episcopal entities across the country. More people, Murphy included, also created donor-advised funds.

In Chicago, Craig noticed a 2 or 3 percent uptick in year-end giving in the diocese, while Jim Simon did not see accelerated giving at the end of 2017 at his Ohio church, or pre-paying 2018 pledges in order to accomplish tax savings.

Most people donate to their parishes or Episcopal-related charities without motivations of tax benefit, Simon said.

“They do so because of their passion or their parish’s mission. Do they take advantage of the tax benefits? Absolutely,” Simon said. “But I do not believe people will give less because they may not save money in tax. That does not mean they may not make a gift in a slightly different way.”

Religious organizations have long received the largest share of American charitable giving. They received 32 percent of all charitable donations in 2016, according to the most recent estimates from Giving USA 2017.

“I maintain that people give to churches for a different reason, and that reason is more tax-code proof than others,” Craig said.

People respond where there’s a need and a connection, Felton said. Church leaders and fundraisers should appeal to their congregation and donors to think less about the tax benefits and more about the mission when deciding how to give.

“Of all nonprofit institutions, the church needs to be the one talking about the spirituality of giving, to lift up generosity as a response to God’s impact in our lives,” Felton said. “It’s a divine calling, not about dialing for dollars. Really, it’s not about meeting the church budget; it’s about giving generously as God as has been generous with us.”

For church leaders in charge of fundraising, focus on the mission, said Murphy.

“People love their own parish and want to support it along with other charities, but those who demonstrate accountability and transparency to their constituents, in addition to showing the impact of their mission to make their community and world a better place, will gather more gifts,” he said.

The new tax law actually enhanced the tax deduction for some donors in some specific ways, Murphy said.

“As human beings, Christians and Episcopalians, we encourage everyone to give at any level, as it is giving itself that enriches our lives and makes us whole,” said Holley, the Episcopal Church’s director of development. “Giving of goods, money, service, affection an open heart … these are all ways to give and serve others.

Episcopalians can gain additional assistance from: