[Episcopal News Service – Austin, Texas] The House of Bishops on July 10 adopted a proposal for what it calls “liturgical and prayer book revision for the future of God’s mission through the Episcopal branch of the Jesus movement.” 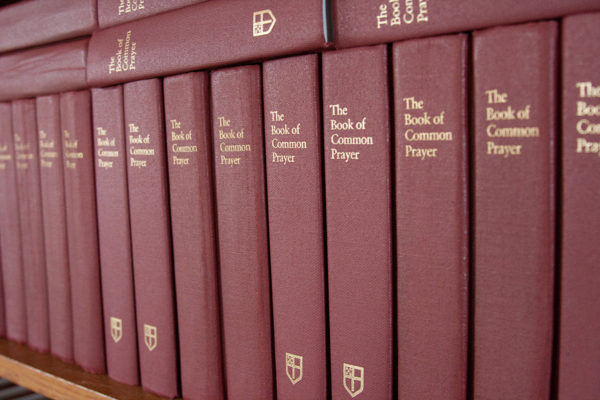 This summer’s meeting of General Convention is being invited to consider how it orders its common prayer and why.

Bishop Andy Doyle of Texas wrote the substitute language in consultation with the bishop members of the legislative Committee to Receive the Report of Resolution A169, which had considered Resolution A068 and others on prayer book revision.

The resolution now would authorize the ongoing work of liturgical and prayer book revision “The methodology will be a “dynamic process for discerning common worship, engaging all the baptized while practicing accountability to the Episcopal Church.”

The resolution now calls for creation of a “Task Force on Liturgical Prayer Book Revision” to be made up of 10 lay people, 10 clergy and 10 bishops, appointed by the presiding bishop and the president of the House of Deputies. The members ought to reflect “the expertise, gender, age, theology, regional, and ethnic diversity of the church.”

This task force is to work with the Episcopal Church’s Standing Commission on Governance, Structure, Constitution and Canons to give the 2021 General Convention proposed revisions to the constitution and canons for more flexibility in liturgical choices. 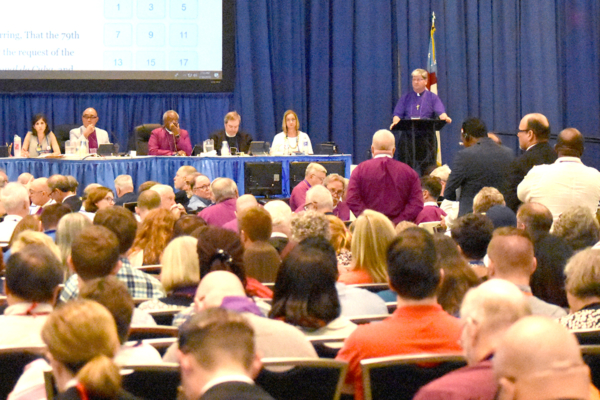 The House of Bishops gathers for an afternoon legislative session July 10 in the Austin Convention Center during the 79th General Convention. Photo: David Paulsen/Episcopal News Service

The resolution memorializes the 1979 Book of Common Prayer “as a prayer book of the church preserving the psalter, liturgies, the Lambeth Quadrilateral, Historic Documents, and [its] trinitarian formularies.”

It also calls on the Standing Commission on Liturgy and Music to create “a professional dynamic equivalence translation” of the current Book of Common Prayer and the Enriching Our Worship Series in Spanish, French and Haitian Creole. The SCLM would be called on to diversify the publication formats of new resources, liturgies and rites to include online publishing.

Doyle said he crafted his substitute after floor debate among bishops on July 9 that showed them deeply divided on the need for the revision process envisioned in the original resolution. Those who supported it said new language was needed to evangelize people outside the church and to address an imbalance between male and female imagery throughout the prayer book. Those who objected said it would take away from mission and evangelism, would cost too much or would delay improved translations of the current prayer book into other languages.

Doyle said that his substitute was carefully crafted and asked bishops to be careful in proposing amendments. “If we begin to pull on the strands it may easily fall apart,” he said. No amendments were offered.

– Melodie Woerman is director of communications for the Diocese of Kansas and is a member of the ENS General Convention reporting team.