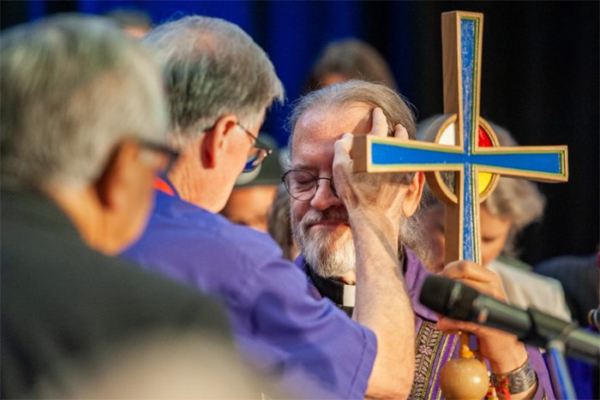 [Anglican Communion News Service] The General Synod of the Anglican Church of Canada has voted overwhelmingly to approve steps to enable a self-determining indigenous church within the church. Following the approval of changes in canon law, the National Indigenous Anglican Bishop, Mark MacDonald, was given the title and status of archbishop. He will always be an invited guest at Sacred Circle – the national gatherings of indigenous Anglicans for prayer, worship, discernment, and decision-making – with a voice but no vote.

The resolution will allow the National Indigenous Ministry to make various changes on the composition of the Anglican Council of Indigenous Peoples (ACIP) and Sacred Circle without needing the approval of General Synod.