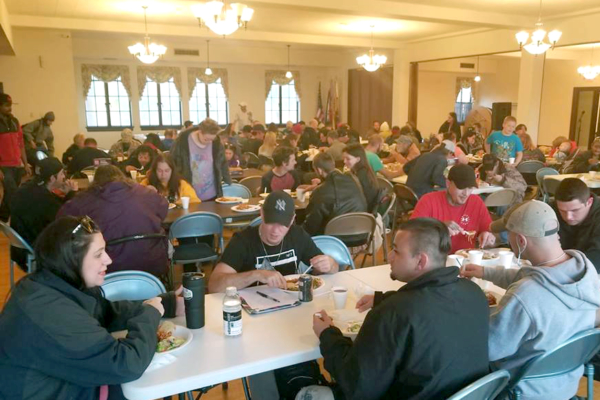 An estimated 130 people a day die from opioid overdoses in the United States, reflecting a dramatic rise in addictions to prescription painkillers, heroin and synthetic opioids, like fentanyl. No state has been hit as hard as West Virginia, with the highest per capita overdose rate in the country.

And in a state filled with bleak statistics and grim stories, Huntington has been called “the epicenter of America’s opioid epidemic.” The city of about 50,000 on the Ohio River drew national headlines in 2016 for a cluster of at least 20 nonfatal overdoses in a 53-hour period, and in 2017, Huntington and its surrounding Cabell County logged 1,831 nonfatal overdoses and 183 deaths. Officials estimated about 10,000 people in the county were addicted to drugs out of a population just under 100,000.

But as several dozen people arrive in Huntington this week on a pilgrimage organized by The Episcopal Church’s Province III, they expect to find a city now credited with becoming the epicenter of recovery, thanks to partnerships between government agencies, health care organizations and church leaders, all following the lead of one prominent Episcopalian, Mayor Stephen Williams.

Williams, in a phone interview, described Huntington as a “city of solutions,” the most notable being the quick response teams on standby to respond to every overdose call. Clergy members across faiths and denominations have been trained as members of the teams, along with police, paramedics and addiction recovery counselors.

“Opioid addiction is a disease,” Williams said. “We need to first and foremost seek to save lives, transform lives.” In the process, he said, the whole community is transformed for the better. 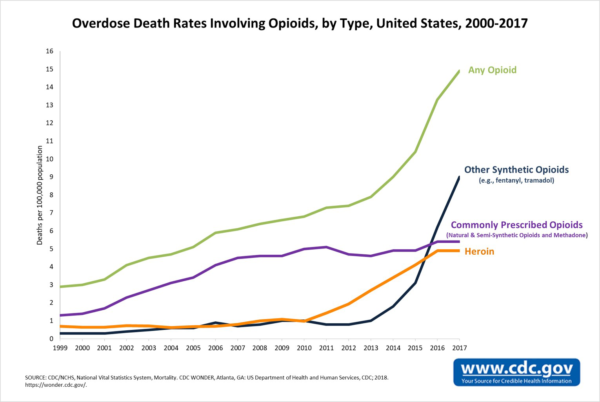 The Opioid Response Task Force of Province III has been planning its pilgrimage to Huntington at a time when The Episcopal Church is calling on all dioceses and congregations to respond to the opioid epidemic. The 79th General Convention passed a resolution in July urging Episcopalians to partner with those in their communities on the front lines of the crisis and to help create resources for education, prevention and pastoral care.

“We have to get the church in a leadership role,” said West Virginia Bishop Mike Klusmeyer, who looked forward to joining Huntington’s three Episcopal congregations in welcoming the Province III task force’s group starting March 25.

“Huntington, West Virginia, seems to have caught the attention of many people and many organizations in what [city leaders] are doing to combat that crisis,” Klusmeyer said. One important role The Episcopal Church can play is to spread a message of compassion and hope as people suffering from addition work to rebuild their lives, “that they’re not just drug addicts, but that they’re human beings.”

The pilgrimage’s “encounters” include presentations by Williams and representatives from the West Virginia Council of Churches, the Provider Response Organization for Addiction Care & Treatment, or PROACT, and Lily’s Place, which offers medical assistance to infants suffering from neonatal abstinence syndrome.

“I pray that we will listen and learn from God’s people doing God’s work in Huntington,” said the Rev. Dina van Klavern, a priest from Maryland who co-chairs the province’s task forces and chairs the churchwide task force on the opioid epidemic. “I pray that we will be open to learn from the compassionate community response of so many faithful folks in Huntington, and learn new ways to stand in solidarity with people who struggle with substance use, their family, friends and community members.”

St. John’s, which is hosting several of the sessions, has its own examples of community outreach. St. John’s House is the congregation’s after-school ministry to children living in a nearby low-income housing complex. It long predated the opioid epidemic, but as overdoses began occurring with greater frequency in and around the complex, the congregation found a greater sense of purpose in its work, said the Rev. Lisa Graves, rector at St. John’s.

“It’s a safe place for the children to go after school,” Graves said. About 30 to 40 children attend St. John’s House on an average weekday afternoon, receiving homework help, as well as snacks and activities.

Her congregation also supports Gabriel Project, which helps young families navigate the basics of raising children; providing parenting guidance and supplies, such as diapers and formula. St. John’s also began looking for ways to support foster parents after an incident two years ago when a despondent 12-year-old foster child broke into the church and set a fire on the altar.

“We started to look at her life and her experiences in the foster care system,” Graves said. That system has been profoundly affected by the opioid crisis, she said, and “sometimes, our best thing to do is support the ministries that others are doing.”

Trinity Episcopal Church is host to two weekly ministries that serve Huntington residents living on the margins of society, including those suffering from opioid addiction. Every Wednesday evening, volunteers serve a free dinner at the church, and more than a hundred people share fellowship over food.

And on Saturday mornings, breakfast is served in Trinity’s parking lot, which transforms into a kind of social service fair. Under tents, volunteers distribute food, shoes, toiletries, toilet paper and various other items. Once a month, Marshal Health, a local health care provider, sets up a booth to offer basic medical services for free.

These ministries are ecumenical, not solely the work of Trinity Episcopal Church. And organizers don’t see their outreach as exclusively addressing the opioid epidemic, but “we’re right in the middle of it,” said Larry Clark, Trinity’s junior warden and a driving force behind both ministries.

The Saturday breakfast, in particular, “allows us to minister to a lot of the people who are in rehab,” Clark said. It began 16 years ago as a street ministry on the riverfront organized by a couple of motorcycle clubs. “What we started doing was just giving away coffee and donuts out of the back of a pickup truck, and it just kept growing and growing and growing.”

The ministry naturally began serving more people suffering from addiction as the opioid epidemic worsened over the past decade. Clark and others in Huntington face no shortage of tragic stories.

“When you roll up your sleeves and get into the epidemic, you’re not going to succeed all the time,” Clark said. “I buried a lot of people, and some of them were friends. Some of them were lifelong friends, and it’s not a pretty picture.”

Williams, the mayor, gets credit from many corners for rallying the community to work toward a solution. In September 2014, he issued a call to prayer in a letter to all congregations in Huntington.

“I think that sort of sparked an energy, at least in the faith communities,” said Graves, the St. John’s rector. Her congregation began praying every Sunday for the addicted, the first responders and the city.

“You can’t arrest your way out of this,” Williams said.

His faith has played a big part in his response to the opioid epidemic. Faith brings hope, both for the people suffering and those who working to alleviate that suffering, and he feels called by his faith to lead on this issue.

“I know that what we’re doing is setting an example of how a community can come together,” he said.

Clark, too, said he is guided by his faith, which has taught him to serve those suffering from addiction without judging them. His motto: “To be there if and when you need us. That’s all we can do.”

And after several bleak years in Huntington, 2018 brought some good news for a change. Cabell County reported nonfatal overdoses were down by 40 percent from 2017. And while the opioid epidemic still claims too many victims, participants in The Episcopal Church pilgrimage next week also will hear plenty of success stories, of people turning their lives around.

“The ones that are success stories are really a wonderful thing to have,” Clark said. “You know what they were, and they know what they were. You were involved with them at that time, and now they are productive people. And it’s very important that we help them and support them in every way to get back into society.”