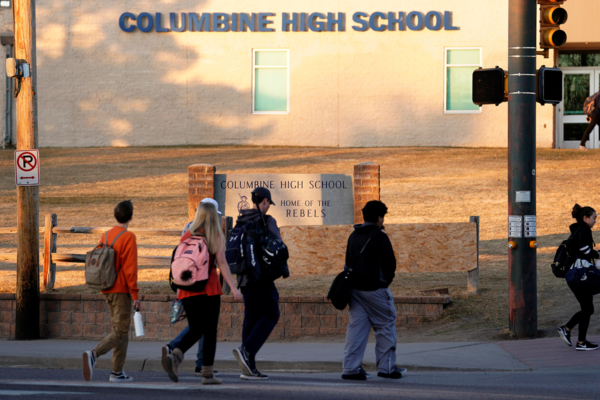 [Episcopal News Service] The Episcopal Peace Fellowship, in collaboration with Bishops United Against Gun Violence and more than a dozen other groups, is planning a series of anti-gun violence events this month to remember the victims of the Columbine school shooting 20 years ago and to renew advocates’ commitment to preventing future massacres.

The “Remember and Renew Weekend,” described as an anti-violence pilgrimage to Columbine, will be held April 26 to 28 in and around Littleton, Colorado, where on April 20, 1999, two students opened fire at Columbine High School killing 12 fellow students and one teacher before the pair shot and killed themselves. The violence at Columbine shocked the nation, with its tragic distinction as the United States’ deadliest school shooting, but that attack has since been eclipsed by even deadlier horrors at schools, from Newtown, Connecticut, to Parkland, Florida.

Bishop Mark Beckwith, the former diocesan bishop in Newark, New Jersey, remembers being a parish priest in Worcester, Massachusetts, and in the middle of a vestry meeting when the news about Columbine broke.

“It sank everybody’s stomach down to the floor, and we stopped the meeting and we prayed. It’s important to do that,” Beckwith told Episcopal News Service. “What we’re learning in Bishops United Against Gun Violence is thoughts and prayers are essential, but if we stop there, we’re involuntarily allowing this epidemic to continue.”

Beckwith and Bishop Dan Edwards, the former Nevada bishop, will be in Colorado this month to attend the Remember and Renew Weekend as part of their involvement with Bishops United Against Gun Violence, a network of 80 bishops that formed in the wake of the 2014 shooting at Sandy Hook Elementary School in Newtown that killed 26 students and educators.

Advocates for gun safety reforms face an uphill battle despite the continued frequency of mass shootings, but Beckwith and others involved with the Columbine pilgrimage expressed cautious optimism for the future. “It seems that the landscape is changing with respect to gun violence prevention,” Beckwith said.

That new landscape has a lot to do with the advocacy of young people, particularly after the February 2018 shooting in Parkland at Marjory Stoneman Douglas High School, where 14 students and three teachers were killed. Survivors of the Parkland shooting responded by fueling a grassroots movement, March for Our Lives, that supporters say has the potential to shake up the political status quo.

“They refused to simply accept our thoughts and prayers and demanded ‘never again,’” said Bob Lotz, an Episcopalian from Lexington, Michigan, who leads the Episcopal Peace Fellowship’s gun violence prevention action group. Lotz will moderate a discussion April 26 after a viewing of the Michael Moore documentary “Bowling for Columbine” at Iliff School of Theology in Denver.

Also that day at the seminary, Colorado Bishop-elect Kym Lucas will participate in a panel discussion on the culture of violence in the United States from an African American perspective. Lucas told ENS in an emailed statement that violence, such as the horrors of Columbine in 1999, is enabled by a “culture of contempt and resentment.” 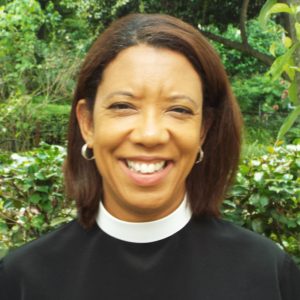 “The Christian faith is a faith that affirms life and love,” Lucas said. “Those who follow Jesus must speak and live those values. … We have chosen to let love, not contempt, define us. We know violence is not the answer and we will be that witness now and in the future.”

The weekend series was scheduled a week after the Columbine anniversary partly to avoid overlapping with Holy Week observances – April 20 falls on Holy Saturday this year.

The community of Littleton has scheduled its own events to remember the victims of the massacre 20 years ago. Those events include a memorial service at a Littleton church on April 18, a community vigil at the Columbine Memorial on April 19 and a remembrance service in a Littleton park on April 20.

The subsequent Remember and Renew Weekend to be convened by the Episcopal Peace Fellowship is part of the organization’s 80th anniversary Year of Action, which started last year with a pilgrimage to the Standing Rock Sioux Reservation in North Dakota. Standing Rock’s opposition to an oil pipeline project, seen as a threat to the reservation’s drinking water, generated support from across The Episcopal Church.

By remembering the victims of Columbine as part of Episcopal Peace Fellowship’s Year of Action, organizers are emphasizing ways that participants and Episcopalians back home can get involved in the fight against gun violence. “We want to empower the people who come to the pilgrimage to do something about it,” Episcopal Peace Fellowship Executive Director Melanie Atha told ENS.

Events on April 27 have been planned with that goal in mind. St. John’s Cathedral in Denver will host a morning session on advocacy called “Finding Your Voice.” Then St. Timothy’s Episcopal Church in Centennial will host a networking lunch followed by educational and policy workshops. The day will conclude with a vigil at the Columbine Memorial followed by a dinner and reflection at Columbine Unitarian Universalist Church.

The events on April 28 will include a worship service at St. Timothy’s in the morning and an interfaith service in the evening at St. Andrew United Methodist Church in Highlands Ranch.

Faith groups have been active in collaborating on this weekend of events, but the list of supporters also includes a range of Colorado nonprofits and advocacy groups that aren’t tied to faith traditions, such as Colorado Ceasefire and Colorado Healing Fund.

“We’re looking forward to ongoing collaboration between the organizations into the next year,” said the Rev. Bob Davidson, national chair of Episcopal Peace Fellowship and an associate rector at St. Bartholomew’s Episcopal Church in Estes Park, Colorado. “I hope that there’s a legacy of commitment to not have an incident like Columbine happen in our community again.”