Disability advocates call for inclusive action by UN for refugees 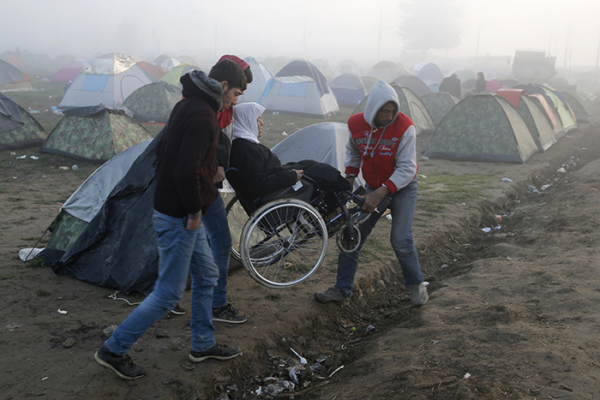 Migrants waiting to cross the border between Greece and Macedonia carry a woman in a wheelchair in a camp near the village of Idomeni, Greece, in March 2016. Photo: Marko Djurica / Reuters via ACNS

[Anglican Communion News Service] Church disability advocates from various countries have called for further action from the United Nations to protect people with disabilities in areas of conflict.

Eighteen leaders from the World Council of Churches Ecumenical Disability Advocates Network (WCC-EDAN), met in Beirut, Lebanon, in July, to address concerns in the region and to evaluate the strategic plan.

Executive secretary for the WCC-EDAN Anjeline Okola Charles said all delegates saw firsthand the difficulties facing those with disabilities in refugee camps and zones of conflict in the Middle East.