[Episcopal News Service – Austin, Texas] The House of Deputies on July 7 adopted a resolution that would set the stage for the revision of the 1979 Book of Common Prayer. 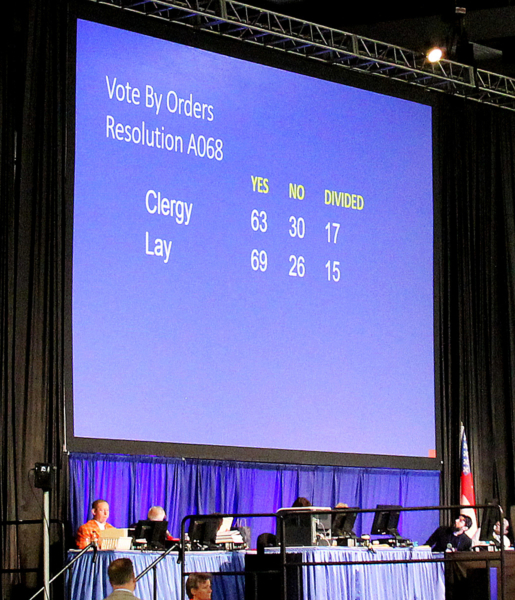 The House of Deputies passed Resolution A068, to begin a process of Prayer Book revision, in a vote by orders on July 7. Photo: Melodie Woerman/Episcopal News Service

The resolution now goes to the House of Bishops for its consideration.

The resolution adopts a process recommended by the Standing Commission on Liturgy and Music, or SCLM,  which from now until 2021 will gather data about how the current 1979 prayer book is being used in congregations across the Episcopal Church, with a focus group meeting in every diocese and a variety of consultations.

The resolution directs that any future revision will “utilize inclusive and expansive language and imagery for humanity and divinity” and will “incorporate and express understanding, appreciation, and care of God’s creation.” 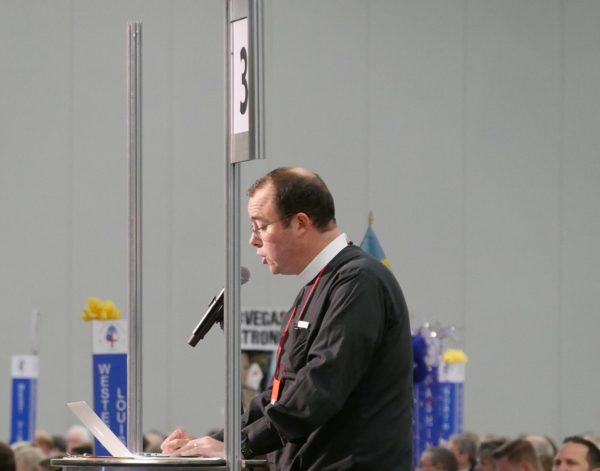 Additional guidance for the process was included in floor amendments, which deputies presented on July 7, after having debated the basic resolution the day before. The amendments direct that elements of prayer book revision be faithful to the historic rites as expressed in the Anglican tradition while making space for rites that might arise from the working of the Holy Spirit. Work also is to take into account the church’s “liturgical, cultural, racial, generational, linguistic, gender, physical ability, and ethnic diversity,” as well as adhering to the four elements identified by Anglicans as the essentials for Christian unity: scripture, the creeds, sacraments of baptism and Eucharist and the historic episcopate.

Because of concerns that have arisen during the convention about the availability of materials for non-English-speaking deputies, the resolution calls for materials generated in the next three years to be available in English, Spanish, French and Haitian Creole – the primary languages spoken by people in the 17 countries of the Episcopal Church.

In the process set out by the SCLM, a revised Book of Common Prayer will be created by 2024, with three years of trial use after that. Final adoption of that revision by two successive General Conventions would result in a new prayer book in 2030.

Deputies debated the resolution for an hour on July 6, with speakers alternating between those supporting and those opposing it.

The Rev. Jane Johnson, deputy from Fond du Lac, said that since human beings, in all their diversity, are made in the image of God, then the church must move away from an image of God that is white and male. “God’s pronouns are them and their, not he,” she said.

The Rev. James Sorvillo, deputy from Central Florida, said he thought the money planned for the overall revision process, estimated at $8 million over 12 years, could be better spent on providing Spanish language materials for Puerto Ricans now living in his area.

Chicago Deputy Louisa McKellaston said that all human beings are made in God’s image “but that is not reflected in our Book of Common Prayer.” She said she is concerned that exclusive language in the prayer book is unwelcoming and alienating to both members and seekers.

The Rev. Everett Lees, deputy from Oklahoma, said that while he understands the need for more expansive liturgical language, now is not the time to address it. Noting that Presiding Bishop Michael Curry now is frequently appearing on television, “people are coming to look for us.” He said revision “will draw us from the important work of evangelism.”

A previous version of this story reversed the vote totals.