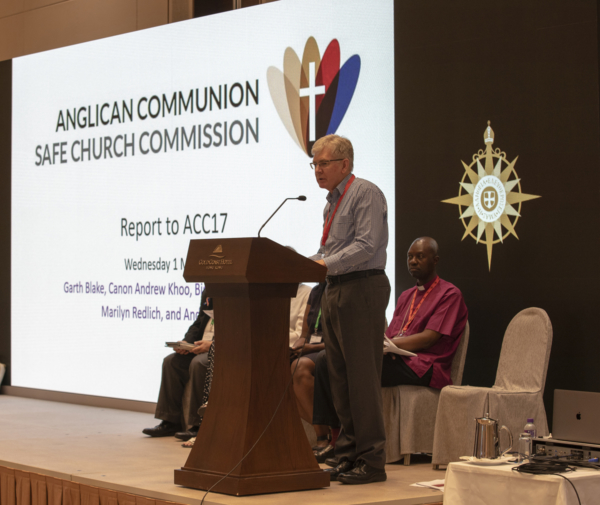 [Episcopal News Service – Hong Kong] Members of the Anglican Consultative Council’s 17th meeting heard a stark assessment May 1 of the prevalence of sexual abuse across the communion and the expanding effort to prevent it.

The work builds on similar discussions at the last two meetings of the Anglican Consultative Council, or ACC. In 2012, ACC-15 adopted the Safe Church Charter and urged all provinces to do the same. At its next meeting, in 2016, the council called for an Anglican Communion Safe Church Commission. It also adopted a “protocol for the disclosure of ministry suitability information between the churches of the Anglican Communion” to ensure that those found to have abused people do not attempt to exercise ministry in other provinces.

On May 1, Garth Blake, Anglican Communion Safe Church Commission chair and an ACC lay member from Australia, explained the course of the commission’s effort. Andrew Khoo of the Diocese of West Malaysia, Bishop of Matabeleland Cleophas Lunga and Andrea Watkins from the Church of England, all members of the commission that was established in 2017, each told the ACC that abuse of children and vulnerable adults occurs in their countries. And, they said, each culture has expectations and norms that work against disclosing abuse.

More than half the ACC members raised their hands when commission member Marilyn Redlich asked if they were aware of abusive situations in their province. She then invited them to discuss  at their tables the implications of abuse in the church.

Redlich acknowledged, “this is a most difficult discussion,” in part because of the possibility that some ACC members had been abusers, victims or witnesses to abuse at some point in their lives. She reminded the members that a team of chaplains was available to them, and ACC Vice Chair Margaret Swinson later said the same. “Do not try to work with this alone,” Redlich said.

After the members spent 20 minutes discussing the safe-church work at their tables, Province of Southern Africa Archbishop Thabo Makgoba told his colleagues, “this session was very rushed; we needed to reflect deeper.” 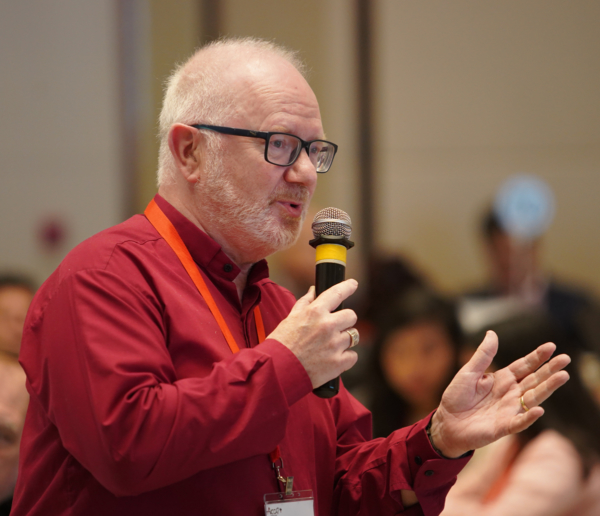 During the ensuing group discussion, both Church of Ireland Archbishop Richard Clarke and Church of England Bishop of Chelmsford Steven Cottrell said sexual abuse scandals have harmed the Christian church’s reputation. Clarke described that reputation as “totally shredded,” and Cottrell said the scandals have driven people from the church and are also “preventing people from coming to Jesus Christ.”

Cottrell said hardest part of preventing abuse in the church is changing the culture. He added the church will only change when it realizes “this is a Gospel issue,” recalling Jesus’ teachings about children.

Clarke, though not disagreeing, wondered if children were being harmed in a psychological way by being taught to assume that “every adult is a predator.” Plus, he said, adults have learned to be extremely cautious around children out of concern about being accused of abuse. “There are no children that I would go near except my own grandchildren,” he said.

Before voting on Resolution C17.01 Swinson asked the members to pause and pray for people who keep the vulnerable safe, those who support victims of abuse and those who work with abusers.

The resolution requests the communion’s provinces and extra-provincial churches adopt the charter and implement the protocol and guidelines. It also asks them to appoint a representative to coordinate with the commission, which will continue its work.

While most resolutions are being passed here by what is called “general assent,” in which members verbally acknowledge that they are comfortable with a resolution, Swinson called for a regular vote by show of hands because the issue was of “great public interest.” The measure passed unanimously.