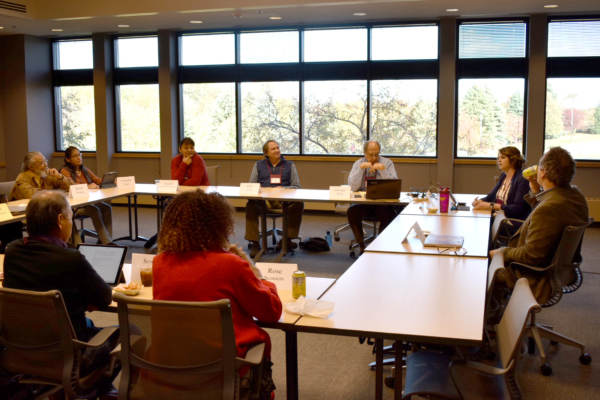 More than 1,200 volunteers from around the Episcopal Church applied to serve on one of the church’s dozens of interim bodies, including those created by the 79th General Convention in July, to address various issues and tasks over the next three years. That response is a 60 percent increase over the applications received for the previous triennium.

Members of Executive Council have heralded that number, calling it representative of the energy in the church following its triennial meeting in Austin, Texas.

“It indicates that people are interested in serving in a churchwide level,” the Rev. Gay Clark Jennings, president of the House of Deputies, told Episcopal News Service on Oct. 16 during a break in the day’s proceedings at Oak Creek Hotel & Conference Center. “I think it indicates we’re doing some worthwhile and meaningful things.”

Interim body refers to any task force, board or committee created to do work for the church in the interim between the last meeting of General Convention and the next, which will be in 2021 in Baltimore, Maryland. The types and numbers of interim bodies have fluctuated since 2015, when General Convention sought to dramatically reduce the number of long-term policy-making bodies, known as standing commissions.

Much of the work that had been done by the eliminated commissions was assigned to newly created task forces, explained Sally Johnson, chancellor to the president of the House of Deputies. So the number of interim bodies has actually increased this triennium to 65. They are listed here.

Some interim bodies are created by church Canon. Executive Council is one such example. General Convention in July created an additional 21 interim bodies by resolution, such as the Task Force on Church Planting and Congregational Redevelopment, the Task Force to Study Sexism and Develop Anti-Sexism Training and the Advisory Council on Disability and Deaf Access.

Even with so many interim bodies, the church won’t have space for all 1,200 volunteers, Jennings said. She estimates there will be 554 appointments this triennium by her office, the presiding bishop’s office or both offices jointly. 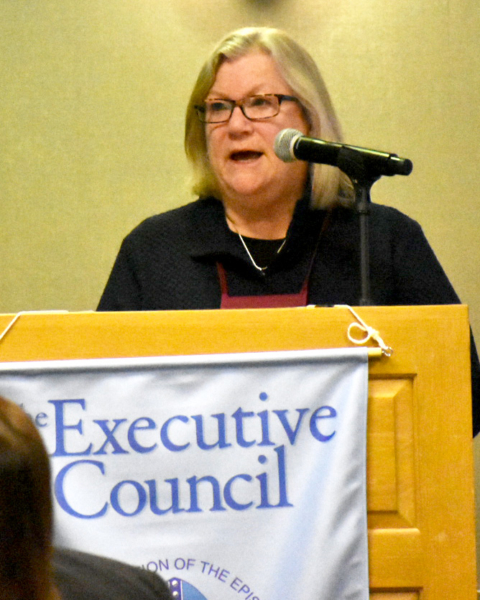 The Rev. Gay Clark Jennings, president of the House of Deputies, estimates she and the presiding bishop will make 554 appointments from a list of more than 1,200 volunteers to interim bodies. Photo: David Paulsen/Episcopal News Service

Jennings maintains a spreadsheet of all applicants and their criteria, which helps assist church leaders in selecting candidates for seats on interim bodies. Her office fills some interim bodies, while the presiding bishop’s office is responsible for filling others. Some will be filled by vote of Executive Council.

The interim bodies typically have about a dozen members, but some are smaller. The largest, the Task Force on Liturgical and Prayer Book Revision, was created by General Convention Resolution A068 and will have 30 members – 10 bishops, 10 priests or deacons and 10 lay people.

After General Convention, the application process was promoted across the church, and interested Episcopalians were encouraged to identify which of the interim bodies they’d prefer. Jennings was impressed by the quality of the candidates.

“There’s a huge number of incredible, gifted people in this church. It’s really great,” she said.

This year’s crop of candidates easily topped the 750 or so people who applied in 2015, and Jennings noted that many younger Episcopalians were among the new names on this year’s list.

She and other church leaders are in the process of reviewing all the applications, and applicants should find out soon if they have been selected to an interim body and, if so, which one.

General Convention did not approve funding to support all 65 interim bodies, so each will face its own set of accommodations and limitations in carrying out business over the next three years. Some will meet electronically, and others will meet in person, as Executive Council is doing for four days this week.